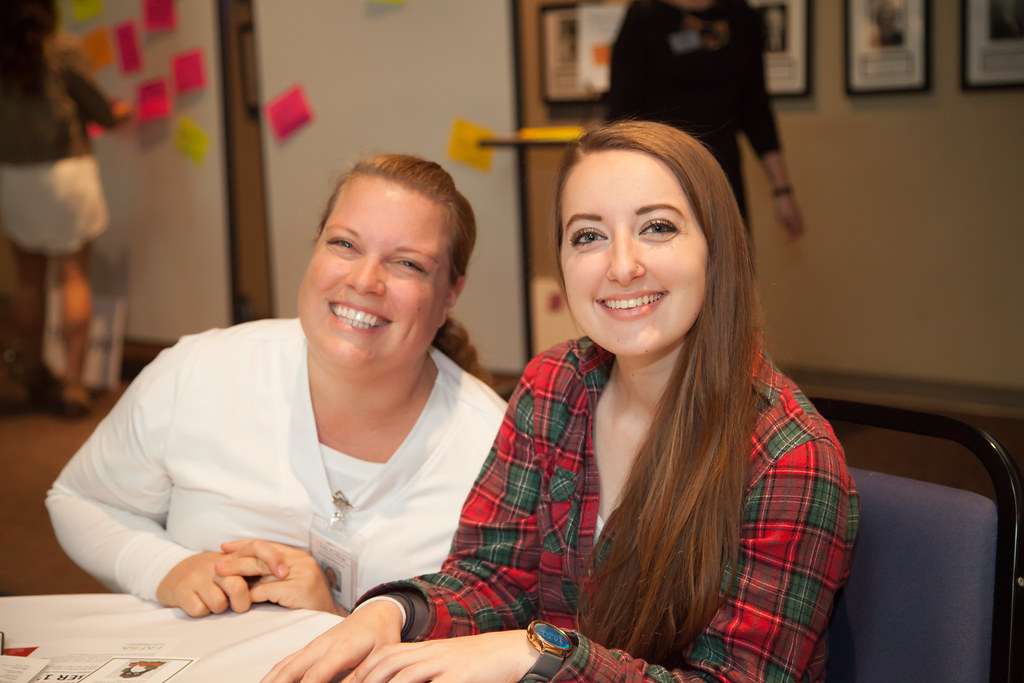 The annual scholarship reception is Clark College Foundation’s best-attended event. This year was no exception as more than 275 students, donors, family and friends came together to celebrate the opportunities that come with attending college and giving to higher education.

Students and donors filled a Thank You Wall that was set up to accommodate large Post-it Notes of gratitude and comments as to why donors give. As attendees poured into Gaiser Hall for the afternoon event on September 30, they eagerly scribbled sentiments on their papers and affixed them to the wall. In short order, most of the available space was covered with thoughtful expressions of thanks.

Jonathan Dutson, a scholarship recipient wrote: “I am thankful that a complete stranger has faith in helping me better myself and creating a world in which my dreams may come true.”

“Thank you for recognizing second-chance potential.”

“I’m thankful for the way members of our community can come together for the benefit of everyone.”

Donors wrote that they give for a wide variety of reasons. Some include: “I give because we all need a bit of help sometimes.”

“I give because we all need a bit of help sometimes.”

“I give because I love people. I want to change our world to make it a better place.”

“I give because meeting my students makes my heart swell.” For Lisa Gibert, president/CEO of Clark College Foundation, the scholarship reception is an event that brings giving and receiving to life.

“This event gives donors a chance to express their pride, to meet students personally and to encourage them to pursue their dreams.  It places a face on the support you received and a face that is also known as philanthropy.”

Gibert also announced a historic milestone. For the first time in its history, Clark College Foundation will disperse $1 million in scholarships to Clark students.

“This monumental achievement has been in the making for 43 years. It’s taken a great deal to get to this level, from  a college that attracts students from many backgrounds, to the hundreds of donors, volunteers and concerned citizens who have assisted in expanding Clark’s role as they’ve recognized that education is a fundamental solution to some of the ailments of our great society. And it has taken thousands of donors to say, ‘Yes, I want to invest in Clark College to make a difference.'”

In an effort to thank current donors and encourage others to step forward, Gibert announced a “$1 million movement.” The foundation intends to keep the momentum of giving going so that more students get access to scholarships to help pay for their college experience.

“I am proud of everyone here today as we take part in this historic movement,” said Gibert.

The event also included a vibraphone performance by Walter Hansen, a percussionist, music major and scholarship recipient. Jazzmine Rowland, a 2015 Washington State Scholar who is studying biology at Clark spoke about what receiving a scholarship has meant to her. Remarks were also given by Clark President Robert K. Knight and foundation board chair Cheree Nygard.

The media sponsor for the event was made possible by The Columbian. In memoriam for October 2016In Memoriam, News