CEO Lisa Gibert is one of the finalists for the 2022 Iris Awards. The Greater Vancouver Chamber announced the 12 candidates in February and Clark College Foundation’s leader is among the women in the community to be celebrated. Finalists will be announced during a March 8 virtual ceremony. 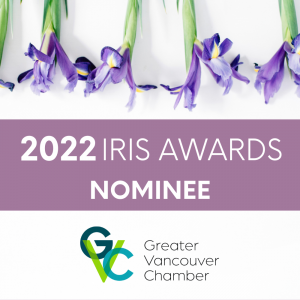 Under her leadership for the past 16 years, Clark College Foundation has quadrupled the number of scholarships provided to Clark students at more than $1.2 million per year. Another $55 million in additional support has been distributed to Clark College since she has headed the nonprofit organization.

The market value of the foundation’s endowment is in the top 5 in the nation for public community colleges. Under Lisa’s leadership, the foundation has raised nearly $60 million during fundraising campaigns.

The community nominates women throughout the Greater Vancouver region each year who have contributed exceptional leadership efforts professionally, philanthropically or through community service. Jeanne Bennett, chair of Clark College’s Board of Trustees, is also a nominee, as well as other outstanding women.

The virtual event is on Tuesday, March 8 at 4 p.m.. It is hosted on Your Chamber’s Virtual Platform. Never too late to educateNews